THE ISLAND OF CORFU (KERKYRA)

Corfu stands at a crossroads, at the centre of trade routes across the Mediterranean Sea. Since the island is also blessed with a hospitable climate, it has over the centuries been a prize for conquerors. In mythology, it was the island of the Phaeceans, where Odysseus met Nausica. In historical times, it belonged to the civilization of Ancient Greece and subsequently it was occupied by Romans, Byzantines, Normans, Angevins, Venetians, French, Russians and British but never by Turks who held the rest of Greece. In 1864 the island took its place in the modern Greek nation. Corfu’s history has moulded an island like no other, an island where everyone feels at home, where everyone can discover the holiday which most appeals. 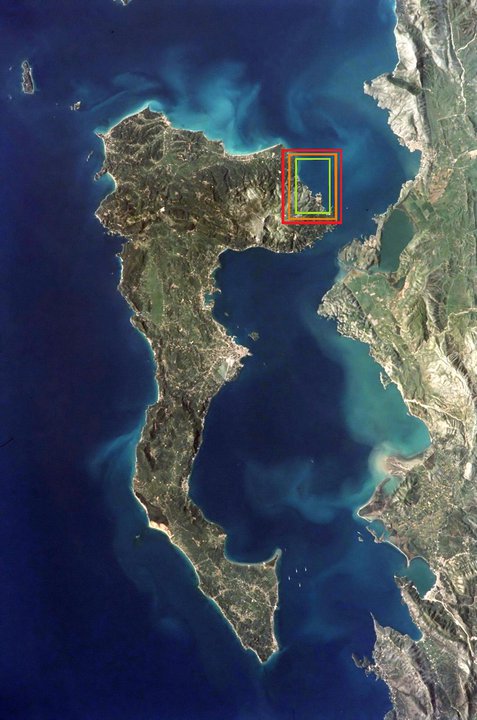 In Corfu Town, a new scene is revealed at every turn. Imposing monuments and the two Venetian fortresses contrast with the maze of tiny streets of the Old Town and with the bustle of the busy port. Gardens shaded by palms and bright with bougainvillea form a counterpoint to elegant mansions from Venetian times. The innumerable shops offer a mixture of the sophisticated and the practical, from jewellery to ships chandlery. More than a dozen museums and art galleries as well as a number of picturesque old churches offer plenty to see and do while the town’s three brass bands, symphony orchestra, opera company and choir as well as several folkloric and contemporary dance groups, guarantee a full programme of theatrical and musical events. Corfu Town is a living city, home to over 40,000 people and its international airport and busy port contribute to a good level of infrastructure. 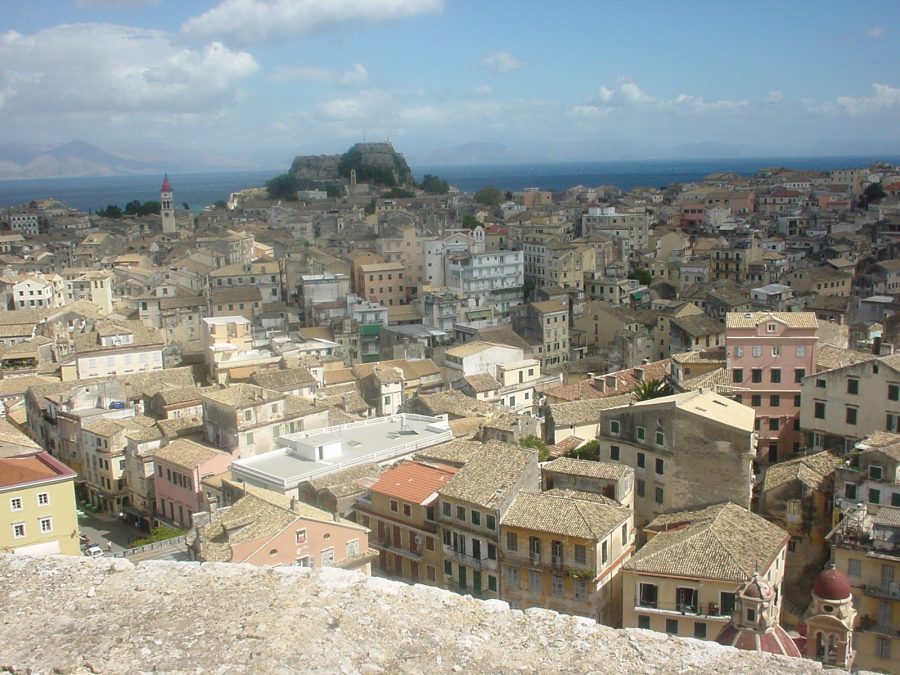 A FEW ABOUT CULTURE & TRADITIONS

The Corfiots are cultured people with a great heritage of music and arts. The island boasts no less that thirty-two philharmonic bands and the three main which are established in the town give regular outdoor concerts during the summer months. Opera became a favourite musical form in Venetian times and performances are greatly appreciated. As a proverb of the last century went, “to be applauded in Corfu is to be sure of international success”. The many art galleries have permanent and changing exhibitions by artists of international as well as local fame. Today, the modern theatre and various romantic outdoor locations serve as venues for a great variety of events, from rock concerts to displays of contemporary dance, from performances by the island’s symphony orchestra to theatrical works of tragedy and comedy. In Corfu the past lives in the present. Events which have been celebrated for hundreds of years are still enjoyed in the traditional way.

For centuries, the year has been defined by the passage of significant days and celebrations. The four annual processions of the island’s patron saint, Spiridon, are well-loved occasions and the two which occur at Easter are part of an extensive calendar of religious and cultural activities including traditions such as the Easter Saturday morning ‘pot-throwing’ ceremony. Summer sees many festivals with traditional music and dances. The Corfiots love festivities but they also take their Greek Orthodox religion seriously. Almost two thousand years of religious tradition is manifest in the richly endowed ecclesiastical buildings with their stunning icons in tiny, inaccessible chapels where a candle always burns and in the pristine, white-washed of monasteries where black-clad monks reside.

The encircling sea defines the island, bestows on it a unique character. The sea ensures a temperate climate and breezes to cool the hottest day. The sea’s unceasing motion has formed the shoreline where the emerald of tree-cloaked hills merges with the azure and turquoise water. The sea also provides a focus for leisure activities. Safe swimming from beaches of fine golden sand or pure white pebbles, diving in the crystal-clear depths, sailing from anchorages in modern marinas or tiny covers, across waters where the wind is almost always favourable, windsurfing through the shimmering waves, are some of these. At every hour the harmony of sea and shoreline is a spectacle, ever-present for the visitor to admire. The silver foam of waves as they break on rocky headlands, the brightly painted fishing boats bobbing in little harbours and at night the sheen of moonlight on the clear, still water have stolen the hearts of many former tourists of the island who have now become permanent residents of it.” 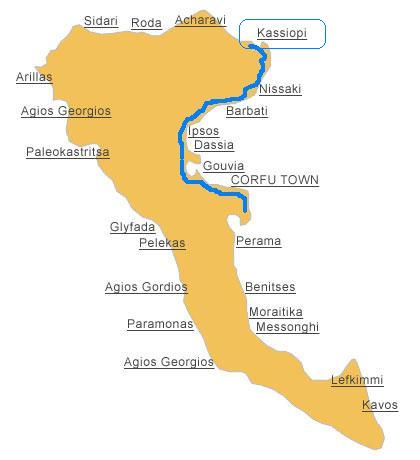 Corfu is also called “Kerkira or Kerkyra” which is the name of the island in greek.

The island of Corfu is the one of the seven Ionian islands which consist the group of Eptanisa.